The Government has announced the roll-out of a scheme under which utilities have to pay up to £2,500 per day to carry out street works on busy roads. 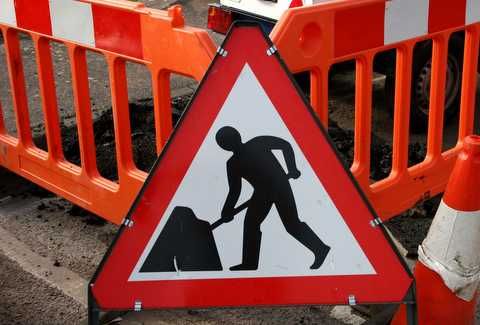 ‘Lane rental’ schemes have been successfully piloted in greater London and Kent and the Department for Transport has now said it will extend the approach across the country.

Councils will need to apply to the secretary of state for transport for permission to set up lane rental schemes, and once granted will be able to charge up to £2,500 per day for ‘renting’ a lane during peak hours. The idea is to incentivise companies to minimise the disruption of streetworks by encouraging off-peak and night-time work, or even to collaborate to avoid roads being dug up multiple times.

Transport minister Jo Johnson said: “Drivers often see red when roadworks cause them delays, especially if no one is working on them. Lane rental has seen a massive drop in disruption to drivers as utility companies have changed when and where they carry out work. Now we want millions of motorists around England to get the same benefits.”

A response to a consultation exercise on the lane rental scheme, carried out last year, says ministers decided not to allow charging on an hourly basis because it would be costly to administer.

Councils will be restricted on how they can use surpluses generated from lane rental schemes on measures to reduce the disruption caused by street works.

Responding to the government’s announcement, Bob Gallienne, chief executive of Street Works UK, said: “It is disappointing that the government has decided to extend lane rental without any clear evidence that it reduces congestion.

“We support initiatives to reduce congestion but we believe this approach is a blunt instrument that will make it harder for utilities companies to deliver vital infrastructure that powers the economy. The government’s own analysis of the existing lane rental schemes concludes that there is no causal link between lane rental schemes and reduced congestion.”

He added: “Utilities companies are delivering the infrastructure that the UK needs to drive up productivity, create economic growth and deliver on government’s priorities such as broadband and new homes. While we do not believe lane rental is the best solution, we will continue to work closely with the government to ensure their proposals are implemented in a manner that reduces complexity, recognises the need for consistency and is only used in targeted and limited situations.

“Local authorities already have the powers to manage and co-ordinate street works but are currently not using these effectively. Data shows that utilities are performing to a significantly higher standard than highways. It is therefore essential that these proposals apply equally to both utilities and local authorities.”

According to an evaluation, commissioned by DfT, the amount of severe disruption on roads in pilot project areas fell by 42 per cent, although it said it was “difficult” to attribute how much of this was because of the scheme.

But the government’s move was welcomed by RAC head of roads policy, Nicholas Lyes. He said: “Trials showed that some of the worst congestion caused by planned utility works in London was reduced by half on roads where lane rental was in operation, so rolling this out will extend the benefits nationwide.

“RAC research suggests congestion on our roads and journey time reliability are growing concerns for motorists so introducing lane rental should encourage better planning and coordination of roadworks, and mean utility works are completed in a swifter, more efficient manner.”

The government will issue guidance for councils later this year on how the schemes will operate with a view to having the first ones up and running by the end of 2019.