Anglian Water reservoir levels yet to recover from summer

Anglian Water is taking extra steps to ensure its water supplies remain secure after a prolonged period of below-average rainfall.

The region saw only 54 per cent of average rainfall during the heatwave last summer and since then has had only 89 per cent of the long-term average, which means levels remain low.

“The rain in early December certainly helped to bolster our supplies," Hannah Stanley-Jones, head of water resources for Anglian Water, said. "With average reservoir levels currently at around 78 per cent, our supplies are secure, but coming after what was an exceptionally long dry summer, we haven’t seen the recovery in groundwater levels that we would normally expect for this time of year.”

In response to the dry summer, Anglian Water has ploughed extra resources into a programme of work this winter to ensure its equipment is primed to make the most of the water available.

“Our teams are currently undertaking a programme of work including things like cleaning our underground boreholes to ensure they can work at full capacity to get the water we need," Stanley-Jones added.

“The East of England is the driest region in the country and we are used to periods with little rainfall. We undertake this kind of work every winter but, with rain levels below average for this time of year, it is essential that extra steps are taken to ensure water provisions remain strong for the rest of the year and the warmer months ahead.

"We are also putting more resources than ever into driving down leakage in our pipe network, with extra teams deployed to find and fix leaks.” 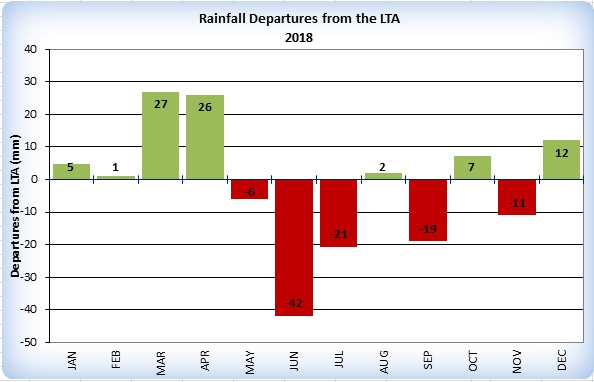 The company is also urging its customers to ramp up water-saving measures, such as fixing dripping taps, lagging pipes to prevent bursts and taking shorter showers.

“Our customers are already some of the most water savvy in the country," Stanley-Jones said. "On average each of us use 133 litres each per day compared to the national average of about 140-145 litres. That equates to the difference of about 4 million toilet flushes every day.

"There is always more we can all do to use water wisely, all year round. If we all save a bit now, there will be enough for summer fun later in the year.”