Leakage in new pipelines represents a significant problem but, working alongside Scottish Water, Ant Hire Solutions has developed a new system that could help eliminate the issue

With the battle against leakage largely focused on ageing pipes, problems with new networks can get overlooked.

Pipeline specialist Ant Hire Solutions recently carried out research that hints at the scale of the issue: 16 per cent of the new pipelines it tested over the course of a year were identified as leaking.

“Although the big problem with leakage is with existing networks, there’s also a lot of investment in new networks,” Ant Hire Solutions managing director Adrian Thompson says. “If they don’t start their 30- to 40-year life leak-free, we’re not going to meet the long-term targets. It’s a small piece of the leakage puzzle, but it’s a very important one.”

If the problem is to be eradicated, it’s essential that new pipelines are compliant with the IGN on pressure testing.

However, ensuring 100 per cent compliance has proved challenging – not only does it rely on contractors submitting accurate information to validate their work, it also requires the water company to correctly verify that data.

In addition to delivering instant feedback on whether a pipe has passed or failed, it helps water companies determine whether the testing process has been carried out correctly, with all the necessary information – including images from the worksite – accessible from a single dashboard.

The system was created with input from Scottish Water, which – despite comfortably meeting its leakage targets – had been seeing problems with failures in new assets.

“We had staff members who hadn’t been correctly trained and were accepting any contractors’ submissions on pressure-testing data,” Willie Langan, project manager at Scottish Water, says.

In search of a solution, Langan attended a training course to improve his understanding of pressure testing and, after seeing Ant Hire’s work in the field, began working with the company on ways to improve standards.

He has since provided input into the PIPE dashboard to make sure it meets water company needs, as well as translating the IGN document into layman’s terms so that all Scottish Water staff have the knowledge to ensure that, regardless of how contractors choose to submit pressure test information, new installations meet the required standards.

“If the contractors don’t do the test right, including supplying the geotagged photographic evidence, then we won’t accept it regardless of what the data is saying,” Langan says. “We need to see everything to ensure that test is 100 per cent fit for purpose for Scottish Water.”

All new mains installed in Scotland, regardless of the techniques used, are pressure tested accordingly. 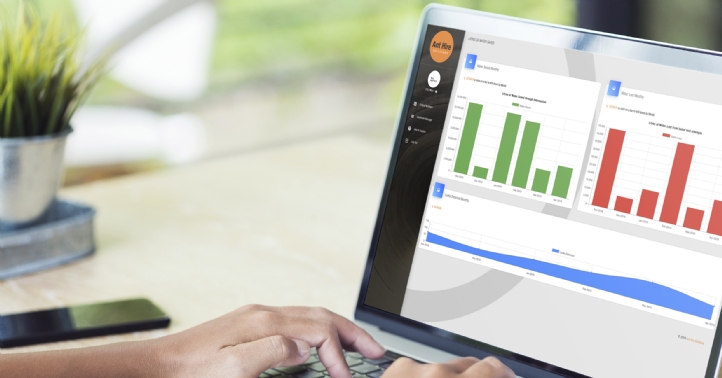 The results of Ant Hire’s research demonstrate the clear need for improvements, with only 68 per cent of pipelines having passed its pressure tests first time.

The research also found that 11 per cent of new pipelines contained dangerous air content levels, which can lead to a sudden release of energy during the testing process when the air is compressed.

“If there’s any sign of excessive air we can stop the test because a lot of people don’t realise how dangerous that can be,” Thompson says. “You’re testing a pipe to see if there’s a failure and, if it does fail, it can be catastrophic.”

The hope is that, as well as identifying any faulty assets at the outset, holding contractors to higher standards will shine a spotlight on any areas for improvement in their working practices and, ultimately, lead to fewer failures in the future.

Tony Kitchen, head of pressure testing at Ant Hire, points out that PIPE not only flags up leaks in real time but, through data analysis, can also provide the likely cause of that leak.

“With polyethylene, for example, the majority of leakage is a result of joint failure and due to poor pipe preparation during the pipeline’s installation,” Kitchen says.

Thompson says contractors came around to the system’s advantages quickly after some initial doubts.

“The feedback we got from the contractors when they heard Scottish Water was going to put in the new testing regime was that they thought it was going to take longer and be more onerous,” he says.

“Actually, it’s much easier than it was previously because it’s all done instantaneously and they get the results right there and then.

“If the contractor follows what we say, they’ll get the job done right first time. We can demonstrate through the dashboard hours and hours of time saved through the process.”

While it is still early days, Langan says he is already seeing distinct improvements.

“We were accepting our contractors’ submissions without the correct knowledge and experience to actually prove or validate it as fit for purpose,” he says. “No longer will we accept substandard pipework. With the new testing regime, that’s eliminated a lot of the poor workmanship that’s been handed over.”

This article originally appeared in the July issue of WWT