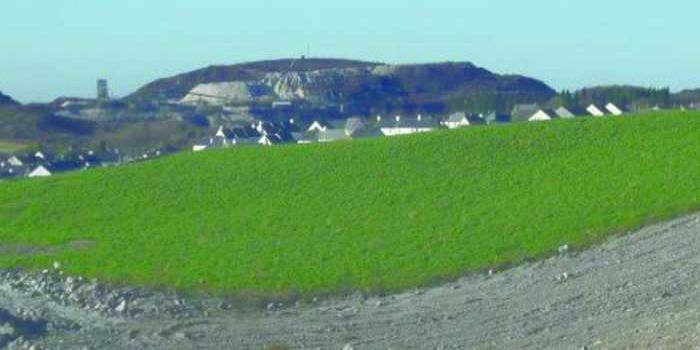 Industrial mineral producer Imerys Minerals has an established programme of restoring its china clay sites. Imerys and 4R Recycling, part of the 4R Group, have been working together in Devon and Cornwall for the past four years to develop processes that will enhance this restoration programme. 4R provides expertise in soil science which, coupled with Imerys' global experience, has resulted in significant advances in restoration techniques. Materials Imerys incorporates a mixture of organic materials, supplied by 4R from regional producers such as South West Water, into their restored areas and uses them to create soils where none exist. These materials would otherwise be disposed of as waste. Restoration sites In Devon, the Lee Moor restoration project is well advanced with 20 hectares now greened up, including a mixture of grassland and woodland. In Cornwall, there are two areas near St Austell where these organic waste materials are being used to aid restoration. Benefits Restoring these sites has extra environmental benefits. Plants growing in a newly created soil reduce the amount of rain erosion. Growth of new plants on bare sites absorbs C02.

South West Water (SWW) operates more than 600 wastewater treatment works (WwTW), including Hayle at St Erth in Cornwall, which serves a connected resident population of around 55,000, rising considerably at peak holiday times.
Hayle WwTW is also a major sludge reception centre, receiving sludge from satellite sites in the west of the region. The sludge treatment process undertaken at Hayle is anaerobic digestion (AD); the process reduces solids by approximately 50% and releases energy in the form of biogas. This biogas in burnt to provide heat and power for the sludge digestion centre and extra energy is sold back to the grid. The biosolids are recycled to the agricultural land bank to aid crop fertilisation.
As well as making a number of process optimisations a revolutionary new approach was trialled at Hayle throughout the summer of 2012 to explore an alternative sustainable recycling opportunity for biosolids.

Sludge review
The nature of the wastewater treatment process can be prone to the creation of odours and generation of waste products which, if not treated appropriately, can cause environmental harm. Indeed in attempting to treat wastewater a large amount of natural resources are used.
SWW’s West Area team took on the challenge to review the current treatment processes and explore opportunities to optimise them and create value, whilst encouraging a sustainable approach to the activities undertaken.
A systematic review of the site operation identified areas which could be improved and various changes and installations were made in an effort to benefit the environment and key stakeholders including employees and our customers. The biogas created in the digestion process at Hayle has historically had high levels of hydrogen sulphide (H2S) gas due to saline infiltration in the sewer network for sustained periods. As a consequence, efficiency, reliability and downtime of the combined heat and power (CHP) engines have suffered.

Several breakdowns of the equipment have resulted, and the engineer working on the plant has reported a steady deterioration in the asset condition. To improve the robustness of the asset and increase the operational life expectancy a gas scrubbing unit was fitted during 2012 onto the gas feed line. This is expected to reduce H2S in the gas by around 70%. The biogas generated in the digestion process is used in the running of three CHP engines on site, which generate sufficient electricity to make the digestion process self-sustaining. Any surplus energy is exported back to the National Grid.
The control of the CHP was reviewed early in 2012 to further optimise the available biogas. This work included upgrading the computer systems that control the CHPs and this, along with the improved gas quality from the installed gas scrubber, has enabled the site to exceed its targets for renewable energy generation.
In the year September 2012-2013, the site is expected to have generated a total of 454MWh of electricity. The total for the previous year was 405MWh. The difference of 49MWh is sufficient to power 15–20 homes for a year.

Biosolids recycling
South West Water supplies biosolids free of charge to farmers to provide nutrients and organic matter for soil and crops. The use of biosolids is supported by national and European government, and strict regulations ensure minimum risk to humans, animals and the environment.
Whilst the AD process at Hayle destroys many potential pathogens, in order to render the biosolids suitable for local crops, the dewatered solid cake is dosed with quick lime to enhance the pathogen kill. Whilst the addition of quick

lime makes the biosolids attractive to farmers it is not without its problems.
Quick lime itself is a hazardous material and requires safe systems of work and specialist equipment for all handling and contact it is therefore paramount for our employees to adhere to stringent health and safety requirements. The addition of quick lime elevates the pH of the biosolids which results in creation of ammonical odours which can travel off site and this can give rise to complaints.
Odours can also be experienced when the biosolids are recycled onto agricultural land during the spreading operation, until they are ploughed into the soil.

Sustainable lime
The use of lime-treated sludge on agricultural land has been beneficial to farmers in the years following its introduction, helping to compensate for the loss of lime subsidy for upland areas in the late 1980s and aiding an overall increase in soil pH from very low levels. However, repeat applications of limed biosolids over several years has seen the pH of some soils rise to such an extent that further application of limed sludge will raise soil pH above the optimum level, making certain nutrients unavailable to the following crop.
Although there are no regulations covering the application of biosolids to soils above pH5, farmers and agronomists realise the impact of high pH on crop yields and are currently making some land bank unavailable to limed biosolids. The use of quicklime in sludge treatment is a problem as the material has a particularly high neutralising value (NV).
During the summer of 2012 a trial was undertaken to explore the potential benefits of using an alternative recycling route for the biosolids which did not require the addition of quick lime. The route adopted was to send the biosolids to an approved land restoration area in the china clay waste tips near St Austell.
The benefits of land restoration include:

During the trial the financial savings for not requiring quick lime and odour suppressing chemicals was estimated to be about £50k. In addition there have been savings in CO2 associated with the manufacture and transport of the chemicals estimated at 1.8t.
Over the last few years, Hayle WwTW had become a focus for odour complaints from the local area and the local management team has worked hard alongside the Environment Agency (EA), environmental health officers and the local community to attempt to reduce this nuisance. During the summer of 2011 there were 35 odours complaints received regarding Hayle works. Over the same period in 2012 (the trial period) there were just two.
SWW is delighted to have been able to bring about an appreciable difference in the odours from the site and enhance the environment for our neighbours. A structured programme of improvements and site trials at Hayle WwTW has resulted in savings of natural resources and enhanced the immediate local environment by reducing odour nuisance. The use of a local land restoration opportunity for biosolids recycling will enhance the environment aiding biodiversity and tourism whilst securing employment in a previously industrial area which has lost many jobs in recent years.
Critically, this trial has served to confirm that there is a local sustainable recycling route which will benefit from the use of biosolids. SWW, in its role as a key stakeholder, sees this as playing a vital part in protecting and enhancing the community and sustainability both of Cornwall and the South-west and indeed in protecting natural resources on a national level.