The presence of organic compounds in a water sample can indicate any of number of things, including contamination which could have serious consequences. In this article, Peter Morgan of Elementar UK gives the lowdown on Total Organic Carbon (TOC), how it is used in the wastewater industry and the types of instrumentation and methods used to analyse it. 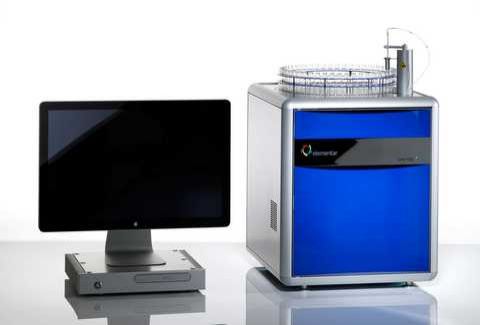 The vario TOC Cube is an example of a combustion analyser

Q: What is Total Organic Carbon?

A: Total organic carbon (TOC) is the amount of carbon found in any organic sample. It has a wide range of applications, including checking the water quality, analysing the cleanliness of pharmaceutical equipment, or even identifying the amount of carbon contained within a soil sample. It is important to note that TOC instrumentation does not help to identify non-organic compounds.

Q: Why must we measure TOC in wastewater?

A: In most countries measuring TOC is a mandatory requirement for those operating in the wastewater sector. For instance, organisations that frequently discharge wastewater into watercourses will have to ensure they monitor TOC levels and report these figures to the appropriate regulatory bodies.

Q: What are the consequences of failing to measure TOC in wastewater?

A: They can be quite severe for humans and the environment. The TOC content of water is a basic indication of the level of organic contamination and water purity. As a substance, water can contain both natural and synthetic organic matter, which are both measured using TOC testing. Examples of natural organic matter include amine, urea, and in some cases even faecal matter. Synthetic contaminants include, but are not limited to, pesticides, detergents, fertilisers and herbicides.

With both of these types of matter in mind, TOC gives scientists a good idea of the condition and state of the water they are testing. What really concerns scientists is that the contaminants mentioned can interact with one another, encourage growth of microorganisms or even become toxic for humans and animals. Discharging contaminated water into the ecosystem can have devastating consequences in the short and long term conditions of our ecosystem.

Q: Can you provide any additional examples of TOC in action?

Another application is in power plants. When used in nuclear power stations, or hydroelectric plants, TOC instruments are used to identify potentially corrosive compounds to prevent damage to expensive equipment.

A third example is among electronics manufacturers. Ultra-purified water is used for manufacturing microprocessors and computer chips. As processors and circuits minituraise, any water used must be kept clean and free of debris to stop microscopic scrapes and damage occurring.

Q: What is the role of TIC in wastewater?

A: Before we are able to measure TOC in wastewater, Total Inorganic Carbon (TIC) must be removed. TIC may be present in significant quantities. Sources of inorganic carbon include dissolved carbon dioxide from bedrock, and detritus from the erosion of the land around rivers. Removing TIC is a straightforward process. It is achieved by adding acid to the water sample and purging inert gas free of carbon dioxide. All carbonates are then converted to carbon dioxide and vented from the sample chamber.

Q: In brief terms, how does TOC analysis work?

A: TOC analysis can be broken up into three parts; sampling, oxidation and detection. TOC analyses are conducted using a specially calibrated instrument called TOC analysers.

Sampling: in order to obtain the best readings from water samples, the instrument used should have automatic sampling, acidification and sparging for TOC analysis. Devices are also should have automatic dilution capability, and autocalibration to increase reproducibility and sample throughput.

Oxidation: to determine TOC levels in a water sample, the organic carbons must be oxidised. There are several methods to achieve this, using different types of equipment, which will be discussed in the following section.

Detection: during oxidation, gases are released which are detected by specially designed sensors, which vary depending on what instrument and method you are using. Results are available and recorded by the technician overseeing the experiment.

Q: What type of equipment is used to measure TOC?

A: There are two distinct types of instrument used to measure TOC. Both have different applications and are thus appropriate for specific situations. They’re distinct in the way they prepare water samples.

Combustion analysers: These instruments measure TOC within a water sample after acidification by combusting it at 850°C with a catalyst. The sample is fully oxidised and all carbon is converted to carbon dioxide. This gas is identified by Electrochemical Detector (ECD) or for lower detection limits, a Non-Dispersive Infra-Red detector (NDIR).

Wet chemical: Often referred to the UV oxidation/sodium persulfate method, this method involves instrumentation that adds sodium persulphate to the sample and then then blasts it with UV light. This forms hydroxyl radicals and organic compounds are then converted to carbon dioxide. CO2 is detected by using the aforementioned NDIR.

Q: Which method is the best?

A: As with most things, it depends on what you are trying to achieve. The combustion method has the capability to oxidise solid particles in the sample, so it is good for dirty samples like those found in heavily polluted areas like the Ganges in India, or the Thames in London.

The wet chemical method is better suited to testing clean water samples, so for things such as testing drinking water, or the water used in electronics manufacturing. This is because it has a lower overall detection limit for TOC and can also be more reproducible.

CONCLUSION
TOC is rarely talked about in our society, but it has an extremely important role in the way we deal with water. TOC gives an easy, fast and inexpensive way of screening water samples for contaminants. Alternative tests to TOC are either much more expensive and/or significantly slower. This would lead to increased costs for treatment or a slower response to contamination events which may lead to contaminated wastewater being distributed.