A wireless radio system has eliminated communication black spots for Romania's sewer inspectors in a first for the water industry, reports Natasha Wiseman 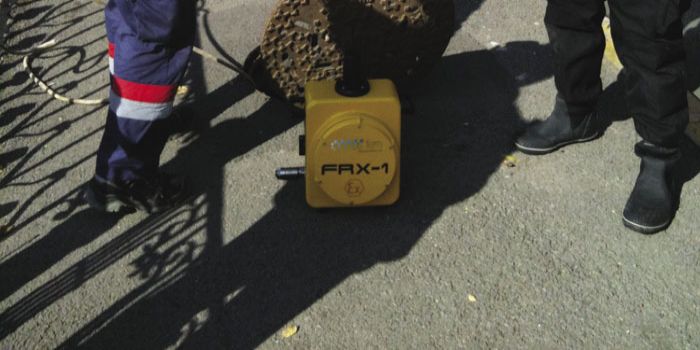 Trials were carried out on a tunnel in the university district

The trial, which is a first for the water industry, was carried out with radio distributor Centrul Servicii de Radiocomunicatii (CSR) on behalf of French water and wastewater company Apa Nova, which manages the city’s sewerage network. The FRX-1 repeater was placed in strategic locations where the radio signal is normally disrupted enhancing communication between personnel tasked with inspecting and surveying the conditions of the tunnels and sewage pipelines. The trial took place in one of the many tunnels located 46m under the city streets of the university district.

Usually, inspection personnel lose the radio signal completely not long after entering the tunnel, but on this occasion, they maintained radio signal and communication with co-workers located above the ground 500m away.

“That Apa Nova inspectors were able to maintain radio contact while in the tunnel – and from that distance - was a first. It was very impressive,” said Raluca Niculae, economist & project manager for CSR. “For Apa Nova, this trial demonstrated that maintaining quality communications with personnel who are carrying out critical inspection of the sewage network and tunnels is possible.”

So impressed was Apa Nova with the improvement in radio communications that the company has purchased the FRX-1 as a standard component of its radio communications kit for personnel working underground. Its sister company in France, Hydrokarst, is also securing a license for use in the network under the Mediterranean town of Toulon.

The system is already used by the power industry and emergency services in the UK and Fern’s technical director, Clive Cushion believes that it is an improvement on cabled systems currently in use in the water industry. “Licensing through Ofcom is easy,” he said.

“Today’s FRX-1 is the only system of its kind that effectively bends the radio signal around a solid structure so that it reaches its target destination – the receiving radio located on the other side of the structure,” he explained.