Meeting the challenge on micropollutants

Water companies are facing a range of challenges on chemicals and micropollutants in water, say Mark Smith and Leon Rockett of WRc 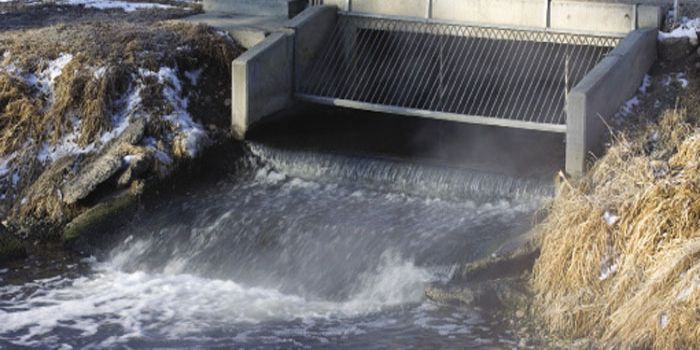 Increasing awareness that a wider range of chemicals may be present in water at low concentrations has led to significant interest from water companies and regulators in a range of emerging pollutants. Additionally, new information on varying toxicity of different forms of metals has raised questions on the occurrence of these different metal species in water.

The potential presence and detection of low levels of micropollutant chemicals poses a new challenge for water companies seeking to ensure customers are provided with the highest quality water. The problem of micropollutants in water supplies was highlighted in 2005 following the Buncefield Oil Depot fire.

Concern was raised about widespread contamination of local aquifers and drinking water supplies, not from oil or the fire, but from perfluorooctane sulfonate (PFOS), one of the chemical components of the fire-fighting foam.

This led to worldwide monitoring (including a study in the UK in 2007) and increasing controls being placed on the manufacture of PFOS and other perflourinated chemicals. In recent years, a number of other micropollutants have been identified that potentially may reach environmental waters and contaminate drinking water supplies. These are highly diverse in nature, ranging from fire-fighting foams and rocket-fuel components to disinfection by-products.

One example of a potentially harmful micropollutant is perchlorate, a rocket fuel propellant also used in munitions and fireworks. It is toxic to the thyroid, and has been identified as a contaminant in some waters in the US.

While a monitoring survey of raw and final drinking water sites in England and Wales by WRc in 2008/9 indicated that perchlorate levels were so low as to have no health effects, it is an example of an endocrine disrupting chemical (EDC) in the environment. This vast group of chemicals has attracted a significant amount of media attention because they have the potential to disrupt the endocrine system, resulting in adverse developmental, reproductive, neurological, and immune effects.

Indeed, it has been suggested that these effects have been demonstrated in some environments through the feminisation of male fish. To understand the risk posed by these chemicals better, the UK water industry carried out a survey assessing the fate of three steroid EDCs (oestone, oestradiol and ethinyloestradiol) in wastewater treatment.

The study demonstrated that secondary treatment was generally effective with high levels of removal observed. Furthermore, any tertiary treatment processes reduced them even more, indicating that very low, if any, concentrations of these steroid EDCs would reach the aquatic environment from wastewater treatment.

Another group of chemicals that has received a lot of media attention are pharmaceuticals and personal care products (PCPs) which are discharged to wastewater. These could subsequently be released into water bodies used for drinking water abstraction. As with EDCs, the range of PCPs is enormous, and the challenges of quantifying the concentrations of these chemicals in the environment and assessing any potential risks are likely to occupy water quality managers, regulators and toxicologists for years to come.

Pesticides present another challenge to water companies. Some pesticides such as metaldehyde, which is found in slug pellets, can ‘run-off’ from agricultural land and enter water bodies.

Metaldehyde is not removed effectively by standard drinking water treatment processes such as granular activated carbon (GAC), chlorination and ozonation and thus has the potential to reach supply. However, through co-operation and collaboration between the water industry and farmers, via the Pelletwise Programme, use of metaldehyde can be limited to times when the risk of run-off are low, thereby minimising the risks to drinking water supplies.

Not all micropollutants are present in drinking water as a result of contamination of raw water supplies. It has been suggested that more than 500 disinfection by-products (DBPs) may be produced from current drinking water disinfection processes. Even though there is no substantial evidence that the regulated DBPs trihalomethanes (THMs) have long-term health effects at the regulated concentrations, UK regulations stipulate that levels must be kept as low as possible without compromising disinfection.

In the past, focus has been on these regulated DBPs, but an increasing emphasis on a risk-based approach towards water supply management is likely to make consideration of other DBPs a regulatory priority.

Currently, there is a lack of basic toxicological data that makes any sound assessment of the risk posed by these chemicals difficult and the wide range of known DBPs make monitoring for them impractical. It is therefore necessary that a detailed risk assessment process that can be incorporated into drinking water safety plans (DWSPs) is developed.

It needs to identify and prioritise risk for defined water quality and treatment conditions, taking into account known toxicity data of the individual DBPs identified and mitigation measures, including through treatment modification and catchment management.

Some emerging micropollutants are not new pollutants at all; some are chemicals for which a lot of information is available, returning with a new twist. Recently, there has been increasing concern with regards to differences of toxicological effects of particular metals resulting from their speciation.

The classic example is chromium, made famous by the film Erin Brockovich.

Manganese is another essential element and is required for the normal function of cells. As with chromium, manganese can exist in a range of oxidation states. The divalent form (2+) is believed to predominate in most waters. This form is poorly absorbed from the gut and rapidly cleared from the blood, and as such, there is little potential for accumulation in the body. Other forms of manganese are more readily absorbed and undergo slower elimination from the body, and the oxidative effects of these different forms may be an important mechanism of toxicity. While it is has previously been recognised that manganese may have severe neurological effects on humans when inhaled in the workplace over a prolonged area of time, when consumed in drinking water it has been considered to be one of the least toxic elements.

However, a recent study from Canada suggested effects on IQ in children consuming drinking water containing manganese; although at concentrations that are not representative of UK drinking water supplies, such studies put manganese in the regulators spotlight.

However, as with chromium, the separate species of manganese are not usually measured in UK drinking waters, making it extremely difficult to assess the potential risks to human health in the UK. The question of speciation of metals in drinking water may provide an interesting insight into one of the challenges that water companies may face in the future.

Assessment of metal speciation is not a simple or routine analysis; specific methodologies have been required to measure the different forms of chromium and manganese. As such, the question must be considered, if concern is raised with the speciation of other elements, how will the water companies deal with the additional analyses that are likely to be needed?

As well as these known micropollutants, the presence of low levels of unusual chemicals also poses a challenge. Increasingly sensitive analytical methods for water may lead to chemicals being identified for which there is significant uncertainty in both the reliability of the identification and the concentration reported.

Typically, little information can be located for these chemicals other than the most basic tests and many do not even have these basic data available. The growing interest in the occurrence of an increasingly diverse range of chemicals in drinking water at low concentrations, coupled with the continual development of new and increasingly sensitive analytical methodologies, is likely to provide many challenges for years to come.

At present, pollutants are mainly detected by screening and monitoring by the water companies who then have to decide whether advanced removal is needed to maintain the quality of the water. In the long-term, it may be better to share this burden with manufacturers and other producers.

Their responsibility would include investigating the full life cycle of their products, including waste disposal. Another group of stakeholders that need to be engaged with are the chemical users. This group includes farmers who with a better understanding of the risk potential could control the use and release of chemicals before they ever become a problem for the water company. In any case, closer interaction between toxicologists, analytical chemists, water quality managers and regulators will be essential