Meet the WIA Finalists: DfMA Project of the Year

In the run-up to the Water Industry Awards, WWT is taking a close look at the companies and initiatives which have made the shortlist. This week, we look at the DfMA Project of the Year category - sponsored by Weholite. 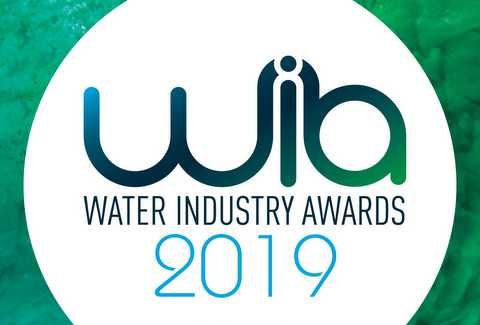 The 13th Water Industry Awards, organised by WWT and WET News, celebrate and reward outstanding achievement and innovation in the UK water industry. The awards will be given out at a gala dinner on Monday May 20th, 2019 at the Hilton Birmingham Metropole, Birmingham.

Each week before the awards, we are placing a different category shortlist in the spotlight. This week, we look at the DfMA Project of the Year category, which is sponsored by Weholite. This is a new category in this year’s awards and recognises excellence in Design for Manufacturing and Assembly.

The shortlisted finalists in the DfMA Project of the Year category are:

Anglian Water's @One Alliance for the Dalton Piercy Water Treatment Works project. This treatment works, near Hartlepool, contains the first manganese removal plant in the Anglian region which was commissioned in response to a Drinking Water Inspectorate obligation and to plant shutdowns due to turbidity. The project utilised Project Rehearsal and 4D planning prior to, and during the installation phase, allowing all parties to better understand and plan the sequence of assembly. The outcome is a site which looks more like a manufacturing plant rather than a 'traditional' water treatment works, showing the benefit of the @one Alliance’s collaborative approach across the project lifecycle.

ESD for the Tullich Water Treatment Works project, a £29M investment by Scottish Water in the town of Oban to replace an outdated ozone plant with a new 11.8 ML/day works using DAF/RGF treatment. ESD employed digital techniques to build the plant in the virtual world, and held collaborative planning sessions with the supply chain to develop a 'One Team' commitment at site level. Mapping a 3D Model / 4D Synchro and delivery programme to develop a virtual construction sequence of the plant was a key tool to planning collaboratively and allowed early identification of pinch points and the mitigation of risks before they may have become reality.

MWH Treatment for the Coppermills WTW project. Working as part of the SMB joint venture (Skanska, MWH Treatment and Balfour Beatty) the company utilised digital techniques to maximise DfMA at a flagship Rapid Gravity Filter (RGF) project at the treatment works in east London. The new 200ML/day RGF Plant, consisting of 12 individual filters, is being built to provide resilience for the critical Thames Water site during periods of algae bloom. The pre-fabricated RGF base and structure were constructed in 18 weeks, compared to a 39-week programme using in-situ methods. Using DfMA techniques meant that there was a 75 per cent reduction in on-site labour, reducing the direct construction cost by £8M, or 30%.

Scottish Water and Ross-Shire Engineering for the Lochmaddy Water Treatment Works in North Uist. The project team collaboratively designed and delivered a comprehensive upgrade to the drinking water network on the Isle of North Uist in Scotland's remote Outer Hebrides. The works include new raw water abstraction and distribution from Loch Fada and the provision of a cutting-edge nanofiltration Water Treatment Works at Lochmaddy. The plant was designed and built offsite in preference to the original plan for a DAF works which would have required extensive construction work on the island.

Suprafilt and LiMA for the installation of Nereda technology at United Utilities’ Failsworth WwTW near Manchester. Because of a tight timescale and space constraints on site, modular assembly was used to put together the treatment technology and structures with installation time reduced by 50% as a result. The use of 3D modelling allowed for a well-planned, efficient installation with all stakeholders collaborating effectively. The success of the project and the demonstrable benefits has led to it being considered a model for a new approach to installing the wastewater treatment technology in the future.

Tickets for the Water Industry Awards are now on sale: book your table now by visiting: https://waterindustryawards.co.uk/book-your-table/