'This is the largest project in the water industry for 150 years, and it will probably be the largest for the next 150 years as well.' 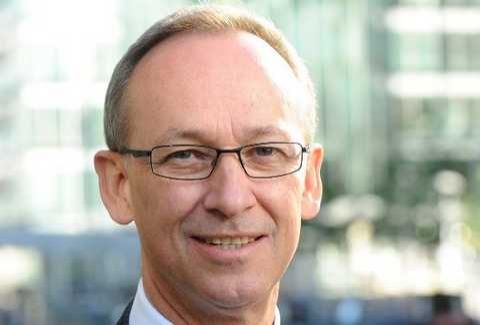 65 metres: The depth of the Thames Tideway Tunnel at its deepest point, Abbey Mills. It will be 35 metres deep at the western end

25km: The length of the tunnel. By comparison, the recently completed Lee Tunnel is 6.9km long; it cost £635M, compared to the Tideway Tunnel’s projected cost of £4.2BN

3 acres: The area that will be taken up by new structures on the embankments of the Thames, which will be enhanced by seats and other facilities for the public to enjoy the river after the project is finished

7.2m: The diameter of the tunnel along its length

24: The number of construction sites. The most important of these are the three main drive sites, Carnworth Road (Hammersmith & Fulham), Kirtling Street (Battersea) and Chambers Wharf (Southwark) where the tunnel boring machines and tunnel lining material will enter, and the excavated material be extracted

2022: The expected completion date. The project team have been incentivised to finish on time but have also drawn up ambitious plans to complete 18 months ahead of schedule if all goes to plan

£25: The cost of the project per Thames Water customer per year. This has come down from original estimates of £70-80

In any large infrastructure project, the process of design, planning, procurement and stakeholder engagement required is so extensive that it feels like a particularly momentous step when the construction phase finally gets underway.

That is certainly the case for the £4.2BN Thames Tideway Tunnel, the 25km long super sewer which will carry tens of millions of tonnes of wastewater from London’s combined sewer overflows beneath the capital when it is finished in 2022.

WWT caught up with Tideway’s Strategic Projects Director Phil Stride shortly before the first section of diaphragm wall was due to be poured at the drive site in Kirtling Street, Battersea – the first piece of construction work which will form a permanent part of the finished project. For Stride, who has worked on the project since it was conceived in March 2008, it has been a long journey to reach this point.

“It’s quite a significant milestone for the project,” he says. “Over the last five or six months we have been setting up at the main drive sites. There are 24 sites needed to build the Thames Tideway Tunnel but it is those three main drive sites - Carnworth Road (Hammersmith & Fulham), Kirtling Street (Battersea) and Chambers Wharf (Southwark) – that are on the critical path. They are our manufacturing hubs, if you like, where the shafts are built, the tunnel boring machines are loaded into the ground, and where all the segments and the structure of the outer lining of the tunnel are put in.”

The exhaustive design and planning process for the tunnel saw 1100 locations considered for the 24 sites, but the key factor behind the choice of the three main drive sites was the ground composition. The sites neatly divide the project into three sections – west, central and east – each of which have different geological make-up and therefore require a different tunnel boring machine. In the west the team will be tunnelling through clay, in the central area through sand and gravel and in the east through chalk. Each section also has a different team of contractors working on it: BAM Nuttall, Morgan Sindall and Balfour Beatty in the west; Ferrovial Agroman and Laing O’Rourke in the centre; and Costain, Vinci Construction Grand Projets and Bachy Soletanche in the east.

This division makes sense from a procurement and risk-sharing point of view, but all the teams – including Amey which is the System Integrator – have been given every incentive to work together, says Stride.

“It’s important that each of the packages is successful, including the systems integration contract, so that all the parts are integrated into one successful solution. In recognition of that, an alliance has been put in place between the three joint ventures, the system integrator, Thames Water and Tideway. If the project is delivered successfully on time and on budget there’s a significant incentive that will be shared between the six parties. So if one of the parties has got some problems, one of the JVs for instance, then the other five parties to that arrangement have every reason to help and assist for the sake of the whole.”

As well as this arrangement, the project is also unique in that it is being financed by a special-purpose company as infrastructure provider, Bazalgette Tunnel Ltd. Stride has spent most of his career delivering projects for Thames Water - where he held the role of Head of Capital Delivery before focusing on the Tideway projects – and says that what makes this project different is the sheer scale of it.

“The Thames Tideway Tunnel is the largest project in the UK water industry for 150 years, and it will probably be the largest for the next 150 years as well. It’s been a pleasure and a privilege to be involved in what is from a water industry perspective an incredibly high profile project. It’s also very outward-focusing. Across London we’ve dealt with 14 London boroughs, and there is a stakeholder map of the project showing all the stakeholders the project’s got, which needs a decent-sized wall to put up. That calls for a different set of skills than you normally need on a water industry project and there is a huge external dimension in terms of hundreds of public meetings, external briefings and the like, and a lot of engagement with local communities.”

With work set to take place 24 hours a day at the main construction sites, one of the key issues in winning planning consent was noise pollution for residents living in the densely populated surrounding areas of London. The plans involve machinery that works with electric motors rather than diesel to minimise noise; acoustic hoods for machinery; warehouse-type structures with closing doors that surround the working shafts; and 5m high hoardings surrounding sites. For 700 nearby properties where reasonable noise levels still cannot be guaranteed, trigger action plans (TAPs) have been put in place which allow the householder to access funds for additional sound protection to their windows.

From a sustainability perspective, one of the key concerns has been ensuring that as much of the transport for the project as possible – particularly the removal of the excavated material – is done by boat rather than by road. The commitment in the project’s consent order is that 90% of the excavated earth from the main drive sites will be taken away by barge (56% from the sites overall) where it will be reused to provide banking, habitat protection and flood defence down river.

The project has overcome opposition in the planning process from those who said that sustainable drainage (SuDS) initiatives would be a better way of preventing London’s sewers overflowing. However most people now acknowledge that SuDS solutions will be required in London in addition to the Tideway Tunnel, rather than the two being alternatives.

Stride says that he hopes the legacy of the project will be better water quality and an improved aquatic environment, economic benefits, jobs, and a river that everybody can enjoy.

“Our vision for the project is to reconnect London and Londoners with the River Thames,” he says. “We have this fantastic iconic river going through the heart of London, which for many years has been heavily polluted by sewage going in to it, and we are very keen Londoners see the River Thames as an asset, something they are proud of and something that they would go and walk along or sit by at their leisure to enjoy.”

- You can hear more about the Thames Tideway Tunnel when Phil Stride speaks at WWT’s Wastewater 2017 conference in Birmingham on 31st January. Agenda and booking details can be viewed here.