'We are supporting our water industry here in Scotland, nurturing it, and driving value out of it like never before.' 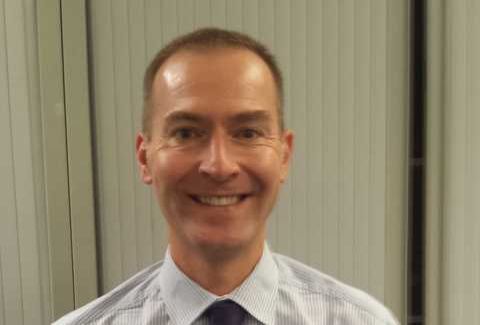 As a relatively small nation of 5.5 million people, there are few arenas in which can Scotland can genuinely lay claim to be leading the world. But the management of water might well be one of them. At any rate, that’s the stated aim of the Scottish Government’s ‘Hydro Nation’ strategy, which has been in place since 2013.

Since the Water Resources Scotland Act of that year, Scottish Government ministers have had a duty under legislation to develop the value of the country’s water resources, and an aspiration not only to further grow Scotland’s water sector expertise but to raise its profile and reputation on the world stage.

So, three years later, how is it getting on? WWT spoke to Jon Rathjen, Water Industry Team Leader in the Scottish Government, to find out.

One sign of progress has been the fortunes of Scottish Water International, a commercial arm of the publicly-owned utility offering international consultancy. Founded in 2013, the company turned over £2M last year and has won high profile contracts in Australia, Canada, Qatar, Ireland and Poland. Rathjen believes that the key to its early success has been the story of Scottish Water’s transformation over the last decade.

“Scottish Water International is a young firm, but it’s grown successfully and is profitable,” says Rathjen. “It acts as a flag carrier for Scotland, going out and highlighting our expertise, but it also brings our skills and governance to other jurisdictions, and we are looking to grow that business steadily and carefully. What you are really selling through SWI is the performance transformation of a publicly owned utility, from a relatively high cost base and low performing utility 10-12 years ago, to one of the best and most high performing utilities in the UK today. It’s that transformation journey that people want to buy.”

WWT catches up with Rathjen as he returned from a successful trade mission to Singapore, where Scotland’s water expertise was once again in the shop window. Interestingly, Singapore, with its national water agency PUB Commercial, presents some parallels with Scotland as it is one of the foremost examples of a country leveraging its water management abilities internationally. And while the two countries are very different geographically and culturally, they are almost identical in population terms.

The Asian city-state demonstrates that a crucial element of becoming a global water leader is innovation, and how the development of new ideas and new technology is fostered. So it’s appropriate that one of the main achievements of the Scottish Hydro Nation programme so far, according to Rathjen, has been the establishment of the Hydro Nation Innovation Service, a bespoke service for the water industry which provides advice, introductions and support to innovators wanting to bring innovative new products and services to market. This service was supported by the opening in November last year of two full-scale testing facilities at operational Scottish Water sites – Gorthleck in the Highlands for water treatment and Bo’Ness near Falkirk for wastewater – funded by a £1.6M Scottish Government grant.

“When you look around the world at the nations that have been successful in this kind of territory, they all have proper testing facilities,” says Rathjen. “It was an investment that we had to make speculatively, in a sense, but if you are going to be serious about maximising the value from your water sector then you’ve got to invest, and we have started doing that.”

The innovation service does not itself provide funding for SMEs, but plays a vital role in letting them know about the sources of funds that are available and in helping them access these. In this sense the service goes beyond “signposting” and provides a good degree of “hand-holding and making connections,” says Rathjen.

“Reaching this market has traditionally been a hard journey and a long journey, because of the special requirements of the water industry,” he admits. “We’re looking to shorten that journey to support people through testing, through to accreditation and out into market.”

Scottish Water’s procurement has also been redesigned in recent years to incorporate a huge network of regional supply chains; the vast majority of work goes to Scottish firms, with rural frameworks ensuring that remote areas are not excluded. The reforms earned the utility Platinum accreditation status from the Chartered Institute of Procurement and Supply, the first public sector organisation to achieve this honour.
Of course, the root of innovation and supply chain expertise is qualified and talented people, so is he confident that Scotland’s universities can produce enough engineers, scientists and researchers to fulfil these ambitions, and to retain them in the water sector?

“Absolutely we are confident we can do that,” says Rathjen. “In fact, we are not only retaining but attracting talented people here to Scotland. We’ve got a fantastic university base here with very high access levels, and the funding of our universities make them a very attractive place to work and study. Another aspect of the Hydro Nation Programme is that we’ve established a school of the brightest and best pHD scholars - Hydro Nation scholars - who are there to effectively be ambassadors for the Hydro Nation, by displaying excellence in their own fields and to go out and work internationally to shine a light on what Scotland’s doing and our approach. It’s been a very successful intervention that we’ve made.”

Another associated academic initiative is CREW – the Centre of Expertise for Waters - which is a hub where calls for research are co-ordinated across academic institutions, government and the water sector in Scotland. The industry can use it to find academic research and researchers, while government can also use academic work to shape policy. It’s another way in which the water sector in Scotland is bound together in a tighter community than is found elsewhere.

This sense of a community and shared purpose also extends to the sector’s regulators, according to Rathjen. The economic, environmental and drinking water regulators for Scotland “all sit round the same table” with government and the utility when it comes to seeking top performance and the sector’s interests, he says. Regulators have themselves carried out international consultancy work sharing best practice on water regulation - notably economic regulator WICS sharing its experience of Scotland’s open market for business retail.

Ultimately, the key aspect to remember about the Hydro Nation strategy is that it all must benefit the water consumer and the people of Scotland, says Rathjen. He points out that Scottish water bills are the lowest in the UK and have been continually falling in real terms against inflation; the next price review is also set to give customers a greater say in setting some of Scottish Water’s investment priorities.

“Number one in my in-tray will always be making sure that we continue to excel in the domestic provision of water and wastewater services,” concludes Rathjen. “Everything else we do would be undermined if that wasn’t the case. But the Hydro Nation agenda is a way of leveraging that excellence as a way of improving the environment, improving social outcomes for people, doing work around the world, improving our academic base and driving up what we term the water economy. Water really cuts right across the economy and supports jobs in all sectors,” he concludes.

-Jon Rathjen will be among the speakers at WWT’s Water Scotland conference in Glasgow on 5th October 2016. For details and to register to attend visit wwt-scotland.net