This month, we look at technology which uses acoustic signals to allow the rapid inspection of sewers and drains for serviceability

SewerBatt inventor Richard Long with the probe that he developed

SewerBatt, supplied by Acoustic Sensing Technology, is an acoustic sensing software solution which records data delivered by a probe inserted into manholes or other drainage access points. The technology uses acoustic signals to survey and check the serviceability of pipe networks to rapidly identify defects, blockages and other debris which may cause problems in the future. It is designed to complement the use of CCTV by rapidly surveying pipe networks to immediately confirm that a length of pipe system is clear of debris, or to inform maintenance engineers where to use more costly CCTV or cleansing.

What’s innovative about it?

The technology works using acoustic signals similar to those used by a bat for flying at night. These sound signals can travel around bends and through junctions in the pipe, quickly pin-pointing any obstructions or problematic sections. Via a laptop screen which is supplied with the kit, the operator can see whether a pipe is clear or not, and the exact distance to any blockage.

What benefits does it bring?

Because surveying using SewerBatt is much quicker than CCTV – it can cover 100m of sewer pipe in under three minutes – it saves time by allowing operatives to carry out a ‘first pass’ survey before targeting CCTV or cleansing at the point where it is needed. If jetting the sewer is needed, then SewerBatt can be used to check that a blockage has cleared. The method provides savings in terms of time, and camera and cleaning costs.

Other benefits include minimising heath and safety risks - since the survey can be carried out without having to enter the sewer - and minimising the need for highway notices, as the speed allows the work to be completed under emergency works. It also enables teams to make quicker decisions, because of the short timescales between the survey being completed and the results being available.

How was it developed?

SewerBatt was invented by civil engineer Richard Long, who came up with the original concept in 2002; after gaining research funding in 2005, it was developed as a joint research project between Yorkshire Water’s Innovation Delivery Team and The University of Bradford. Acoustic Sensing Technology (UK) Ltd was formed as a commercial entity in February 2013 to provide the physical technology, software and field support for SewerBatt.

Who is using it at the moment?

Thames Water’s wastewater network partner Lanes Group recently announced it was implementing SewerBatt across the Thames network after an 18-month trial period showed that it could reduce the need for CCTV surveys by 33%. Other clients in the UK water sector include Severn Trent, UU, Yorkshire, Scottish and Anglian Water. It has been used in Australia and there is also interest from the United States.

- Innovation Zone is a new WWT feature aimed at highlighting innovative technology within the water sector. Suggestions for future inclusions to: jamesbrockett@fav-house.com. 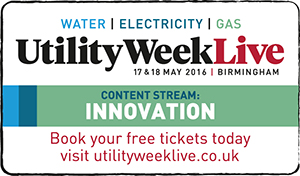