Home / Features / Getting to Grips with... Ice Pigging

Getting to Grips with... Ice Pigging

An innovative method of cleaning pipes, ice pigging is now being seen as a viable option for wastewater as well as clean water networks 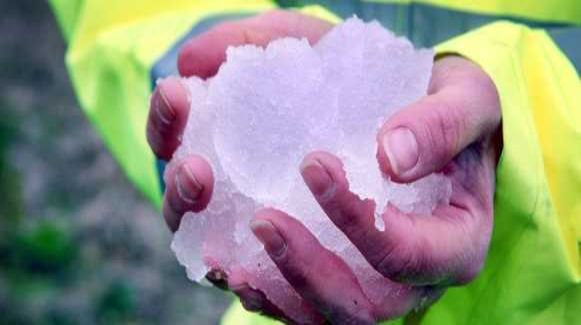 What is ice pigging?

Ice pigging is a pipe cleaning process for pressurized water and wastewater rising mains that uses a slurry comprising of solid ice crystals in a liquid matrix. This is injected into the pipe to be cleaned via existing fittings such as tappings, branches or access points to form a semi-solid ‘pig’, which is then pushed along the pipe using the normal pressure in the system.

The primary benefits of ice pigging are that it carries virtually no risk, is fast - meaning outages are kept to an absolute minimum – and can be performed over long pipe lengths where other techniques such as jetting can’t be used.

How was ice pigging invented?

Ice pigging was first developed in 2001 by Professor Joe Quarini of Bristol University whilst looking at alternative pipe cleaning methods for the food industry. He found that a slug of ice could generate a wall shear “cleaning force” similar to that of a conventional foam pig, whilst the two-phase properties of ice slurry meant the pig could deform and flow around obstructions such as severe changes in diameter and partially closed valves.

How did it cross over from the food industry to the water sector?

Despite the food sector being the first target, it was soon discovered that potable water networks were very well suited to the technique. The high average age of networks means there are significant opportunities for fine sediments such as iron and manganese oxides to accumulate. These sediments represent a serious problem for water companies as they can be entrained by changes in the flow regime, potentially resulting in large fines or enforcement action by the regulator.

The other key factor is that the fluidity of the ice pig can easily navigate unforeseen changes in the pipe geometry or features that are not shown on GIS. Early trials were carried out in 2008 by Bristol University and Bristol Water and since then it has gone from strength to strength in the UK water industry and in many other countries around the world.

Is the process the same for wastewater pipes as it is for drinking water pipes?

Although ice pigging has been heavily used for drinking water pipes (over 4500km cleaned around the world), we see similar potential for wastewater rising mains.

When applied on wastewater rising mains, the process has some key differences. The first is that we never connect equipment used for wastewater pipe cleaning to drinking water pipes, to completely remove any chance of cross contamination. Although the ingredients in the ice are the same, the ice used in wastewater pipe cleaning tends to have a higher ice content and is thicker in nature. In wastewater pipes, we are looking to remove contaminants that are adhered more strongly to the pipe wall and so the ice we use is able to apply a stronger shear force than that needed for drinking water pipes where loose sediments are the predominant contaminant.

In wastewater pipes, the ice slurry is inserted directly into the pipe immediately downstream from the wet well. This is usually done via an adapted non-return valve or an existing bauer fitting where no enabling works are required. The pig is then pushed along the pipe using the in-situ wet well pumps and travels to the end of the rising main, collecting fat and grit deposits. Once it reaches the outlet the ice and retrieved sediment is collected in a vacuum tanker.

What problems could be solved by applying this technique in sewer rising mains?

Sewer rising mains suffer from problems that are fairly unique, and often associated with the acidic nature of the waste they are carrying. We have seen that ice pigging is very effective at removing waste that has accumulated and that is often causing a build-up of Hydrogen Sulphide (H2S) which can cause corrosive conditions, and produce odours. Corrosion of wastewater pipes, both metallic and cement based, is a problem universally seen. Odours, and build-up of noxious gases are at best a nuisance for the public but at worst can be a hazard for water company staff that should be avoided. As there has not previously been a reliable and low-risk means of removing build-up of these problems, it looks like this is the first time there is an easy non-invasive solution for these two key problems.

Ice pigging is also very effective at removing sand, gravel, fats and greases, and air locks from sewer rising mains that have been causing hydraulic problems may have built up over years. Often clearing these types of blockages can bring the pipe back to its original design flow rates in a very short time, and significantly reduce the risk of the pipe failing.

Could this technique help water companies to reduce the number of sewer flooding incidents that they have? This remains a key focus for all of the water and sewage companies in UK.

In certain circumstances, yes. We have worked with one water company that was contemplating the complete replacement of a sewer pumping main because of its inability to cope with flow rates during rainfall events. Sadly, the wet well serving the pumping main had flooded a number of times and the sewage had overflowed into nearby domestic properties. The pipe was cleaned with ice pigging and returned to its original flow capacity, saving the water company more than £500,000 and of course removing the risk of flooding to the adjacent properties. We don’t profess for this technique to help in all sewer flooding situations, but where the capacity of the pipe is in question it should certainly be considered as a fast, low-cost and non-intrusive way of solving the problem.

What do you see in the future of ice pigging for rising mains?

We believe that it is often the state of the pipe rather than the wet well pumps that is responsible for under-performing rising mains. With the apparent increase in the number of fines imposed on water companies for environmental incidents, we think more operators should look to mains cleansing as a cost-effective way to improve performance rather than the more expensive options of pump or mains replacement. The key benefits of Ice Pigging being speed, convenience and no-dig, we really feel that this service is set to be successful going forward.

SUEZ are always pushing forward with new innovation and we recently conducted an operation involving crushing solid ice directly into the pipe at the point of use, allowing for the thickest, and therefore highest shear ice possible. During the course of our R&D work we have even seen success in removing Vaseline from 600mm pipes. Whilst a relatively soft substance, it is incredibly difficult to remove – by its very purpose it is employed to smear and slide rather than detach from what it is adhered to. It is developments like this that we feel can have a big impact in the sewer cleaning industry.