When working out the whole-life cost of a pump or similar equipment, one variable is how often components need to be replaced. Is it time this was built in to the pricing model? 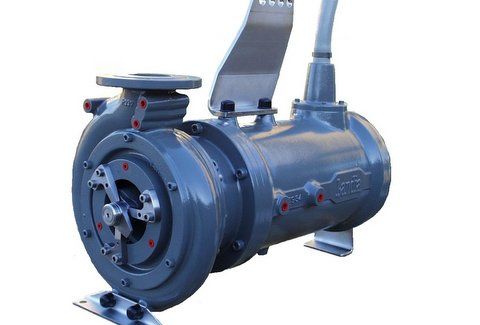 A chopper pump. The reliability of pumps and mixers is a central Totex consideration

Selling a pump or mixer that requires regular replacement of critical elements doesn’t really adhere to the Totex concept. Yet just as we all seem to moan about the ridiculousness of buying expensive replacement razors and replacement print cartridges, this two-part pricing strategy still seem to sit comfortably with some water companies. Or does it?

If capital value (or lowest bid wins) is meant to have been overtaken by genuine long-term total costs, then isn’t it time more demands were made on pump and mixer manufacturers? At Landia we do sell spare parts, but that is not our business; so it is sometimes hard to comprehend why some choose products that are set up to fail, rather than buy from a designer and manufacturer of equipment that is made to last - especially at a time when consulting engineers say they are adopting a rounder, longer term performance-based approach.

One stand-out example of two-part pricing is fibreglass versus stainless steel. It begs the question as to whether treatment plant operators and those making final purchasing decisions are willing to accept that mixer impellers don’t have to be disposable items? Perhaps more poignantly, it begs the question as to whether at the point of sale, the end-user is having it clearly and fairly explained to them, that unless used infrequently in a non-demanding application, the shiny new fibreglass impeller is almost certainly going to need to be replaced – lifting the supposedly cheaper option to an already far more costly purchase – with even more expense ahead.

When buying a mixer, for example, you may be told that that the impeller is going to last for 10 or 20 years. Fine, but how about getting that claim substantiated with a meaningful, accountable contract? Operating in a very gentle application requiring switch-on for around only 3 hours per day, it may be perfectly true to say that the fibreglass impellers will last a lifetime - but for the vast majority of sewage treatment installations, that promise or verbal guarantee isn’t going to materialize. The result will be a classic case of loss of performance, over-use of energy, soaring maintenance costs, and inevitable replacement, perhaps more than once, or worse.

The economics are not good business: a treatment works could buy 20 mixers with fibreglass propellers, for a total cost of £400,000, supposedly ‘saving‘ £100,000 over the quote for the mixers that have stainless steel impellers.

But then depending on the application, the fibreglass propellers have to be replaced after anything from three to eight years, at an additional cost of… £300,000. This expenditure, on an item sold as ‘guaranteed’, does not include the labour, hassle or loss of performance incurred.

‘The fibreglass blade’s gel-coat front edge had worn off’

We recently worked with one treatment works that had to regularly pull their mixers up and out of service because of the heavy hair mixed with plastics, wet wipes and cotton buds that were clogging everything up. This became increasingly frequent, about once per month, per mixer in some of the treatment facility mixing zones. Eventually and inevitably, the fibreglass blade’s gel-coat front edge had worn off, making them split.

Cost of replacement – per blade – was almost £15,000. They’ve now decided to replace the failing fibreglass propeller mixers with solid stainless steel as a matter of course. It has resulted in fewer clogging problems, and blade wear is no longer an issue. Big savings have been made on the maintenance programme and the treatment works team are no longer burdened with regular use of winches and crane hoists - and have far less exposure to rags because they don’t really have to do much to the mixers.

Top economists are still baffled as to why consumers go along with two-part pricing because it can be highly inefficient. Confusing or bamboozling options do not help plant operators choose long-term product quality, in what can become a frenzied quoting free-for-all. Of course there should be healthy competition, but for the key element of the mixer, the impeller, plastic (fibreglass) will of course always be cheaper than stainless steel. However, is this seemingly low-cost alternative the best answer in an application where robust equipment is required?

Installing a pump or mixer that is doomed to fail makes no sense whatsoever. Pumps and mixer manufacturers say that they stand by their equipment, so if that is the case, then ask them for an all-inclusive contract. Ask to see those numbers – or is what you’re being told just wishful thinking or an empty promise? If you’re being told it will ‘last a lifetime’, then demand a lifetime guarantee. And why just settle for a deal that includes 10, 15 or even 20 years on the impeller? Get a guarantee or an inclusive deal on the seals and lubricants too.

To escape the trap of two-part pricing, it is only fair to get manufacturers to back up their claims. If certain parts in certain applications are going to need replacing, then they should say so. If you are being told that the product parts are pretty much bulletproof, then ask for that meaningful signed contract. Demand it. It is high time to remove the guesswork.