Hydrocarbons present particular difficulties when present in wastewater, but the right combination of bacteria can degrade them during the treatment process, writes John Lear 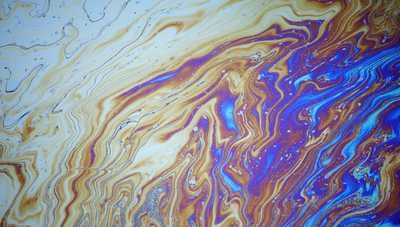 Hydrocarbon-rich effluents from the petroleum, pharmaceutical and chemical industries tend to be high in COD and can result in heavy fines if consent limits are not met. Moreover, the compounds present may show significant toxicity and environmental persistence, so must be removed from effluents before discharge. Complex hydrocarbons are often resistant to biological degradation but this can be achieved with specialist bacteria and fungi.

Hydrocarbons, defined in chemistry as compounds consisting of hydrogen and carbon, are produced in significant quantities by human activity. They may be aliphatic (in chains or simple rings) or aromatic (in particularly stable ring form). As the hydrogen molecules may be substituted for other atoms or functional groups the structural possibilities are almost endless, and hydrocarbon molecules can be very large and complex.

There are a number of microbial species which can degrade complex hydrocarbons, including bacteria of the Acinetobacter, Bacillus and Pseudomonas genera, and fungi such as Penicillium and Phanaerochaete. However given that such compounds tend to be resistant to degradation it is essential to select microbes with the correct metabolic abilities. Organisms with mixed and broad enzyme activity are likely to be required, and use of a consortium, i.e. a mixed population of microbes, often yields greater success as one particular species or strain may not be able to carry out all steps in the reaction.

A typical reaction for the microbial breakdown of a hydrocarbon molecule would involve initial attack by oxygenase enzymes followed by step-by-step degradation by peripheral enzyme pathways, resulting in simpler compounds that the microbes can use for energy and growth. An example pathway for the degradation of a straight chain alkane is:1) Oxidation of the terminal methyl (CH3) group, resulting in an alcohol; 2) Dehydrogenisation of the alcohol to an aldehyde and to the corresponding carboxylic acid; 3) Metabolism via the β-oxidation fatty acid pathway to produce energy.

Providing the correct conditions is also of the utmost importance to ensure optimum degradation rates. The most efficient reactions for hydrocarbon degradation take place aerobically, i.e. in the presence of oxygen. Temperature affects growth rate as well as the chemistry of the pollutants and the correct nutrient balance must be provided to ensure that lack of nitrogen or phosphorous do not become limiting factors for microbial growth. Surfactants may be used to increase solubilisation of contaminants and make them more bio-available to the degrading microbes.

The products are normally added to the aerated zone of the treatment plant and Biological Preparations experts can advise on the correct microbial consortium to degrade the compounds likely to be encountered at a particular facility, as well as providing the correct conditions in order to achieve optimum results.