Harmonics in the electrical systems of operators can be addressed by front-end drives or passive filters, with each having their advantages and drawbacks 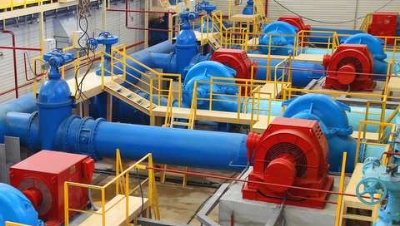 Harmonics are caused by non-linear loads on the network, such as fluorescent lights, computers and AC drives. When adding further drives at a site, the total harmonic load must be considered.

An alternative solution is to use a six-pulse diode rectifier plus a passive filter, sometimes with significant drawbacks as a result. A fairly high level of harmonics may still exist on the network, even after a passive filter has been installed.

Problems may occur in networks that have an imbalance between the phases, as the case is in many rural networks. Under these conditions, the passive filter is less effective. The problems can be especially severe at low load, around 20 percent. Here, distortion may increase from, say, 8 to 12 percent.

Comparisons between passive filters and low harmonic drives are frequently made at full load. However, a true comparison should be made around 75 percent load, which is closer to the actual operating point for most pump motors at reduced load.

The increase in losses tends to be greatest in low power installations. For instance, a 22 kW six-pulse drive with a 43 A filter can have losses of 873 W, while a low harmonic drive of the same size has losses of 490 W, which means the losses of the filter solution are a full 78 percent higher.

Some passive filters are only effective at the lower end of the harmonic spectrum. Also, power factor can be very poor at low load: 0.5 at 20 percent would not be unusual.

The active front-end drive is easier to install, as you only have to consider the mains voltage, the pump absorbed power and the fault level of the network. The filter also needs to be disconnected at low load, which means that there needs to be a discussion with the panel builder about additional circuitry to achieve this and how this should be designed.

A passive filter can weigh as much as 225kg, which might make it difficult to lift and fit in the panel. Additionally, each filter must be designed according to the needs of the site at a specific time. If conditions change, the filter may have to be changed.

Passive filters should only be considered when there is a small network with a small number of pumps, no generator supply and consistent load conditions. Under these circumstances, the passive filter can provide a cost benefit. Otherwise, it is safest to go with a low harmonic drive.

To find out more about tackling harmonics, including how to register for ABB’s free Lunch ‘n’ Learn training session, visit: http://new.abb.com/uk/campaigns/water-totex/water-harmonics