Home / Blogs / Out of Order

With women and girls across the globe still waiting for access to basic sanitation, western-style sewers are probably not the answer, writes Rob Fuller 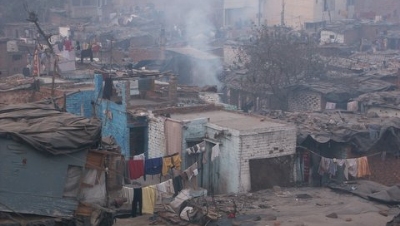 Imagine standing in a queue to use the toilet that stretched around the world more than 4 times. This would be the reality if all if the 335 million women and girls in India who currently lack access to basic sanitation all queued together. This is just one of the startling insights revealed in our latest report ‘Out of Order’ which was released to coincide with World Toilet Day on November 19.

The report, indicates that only 39% of the world’s population, or around 1 in 3 people, is served by ‘safely managed’ sanitation where the waste is safely captured, treated and disposed. This means therefore, that approximately 4.5 billion people are still using unsafe sanitation facilities, including the 892 million people still forced to practice open defecation, with consequent risks to both human health and wider environmental degradation.

For many in the developed world, the assumption is that the solution to this crisis is to adopt our familiar model of sanitation, based on waterborne human waste being carried through sewers and safely treated at centralised wastewater treatment works. However, across much of the world, this approach is very much the exception rather than the norm. It seems highly unlikely that wide scale construction of sewer networks will ever take place across the developing world.

The main barrier is of course the high capital costs of these networks, but there is also the requirement for sufficient water to carry waste through the network too. Indeed, there is a strong argument that sewers are in fact quite an inefficient and wasteful, albeit highly effective, means of dealing with sanitation. The developing world, therefore, has the opportunity to leapfrog fixed sewer networks in the same way that the mobile phone has removed the need for fixed land line communications.

Normally referred to as ‘faecal sludge management’ these decentralised sanitation approaches have the potential for rapid scale up which is needed to meet the SDG6 targets of universal access. Specific initiatives such as the ‘Swachh Bharat’ (Clean India) campaign which has already installed 52 million toilets in households across India since 2014 are part of the solution.

However, in order for the decentralised approach to succeed, more holistic solutions are required that address the whole of the ‘sanitation chain.’ From initial capture (toilets), storage (pits, septic tanks), transportation, treatment and final disposal or reuse, as well as innovative business models that make investing in sanitation worthwhile and allow even the very poorest people the dignity of their own toilet.

I am pleased to say that there is now a lot of energy being focused in this area across public, private NGO sectors and WaterAid - along with many of our supporters and partners in the water industry. We are all part of this movement to ensure clean water and toilets are a normal part of daily life for everyone, everywhere, and I will focus on some specific examples in future blogs. With our combined efforts we may finally get that long queue for the toilet moving!

This winter, join WaterAid for our biggest and most exciting campaign to date. From 1 November to 31 January, #Untapped will tell the story of one community’s journey to clean water, decent toilets and good hygiene – Tombohuaun in Sierra Leone. We’re asking more supporters than ever to get involved and help us reach our ambitious target. And with all donations matched by the UK Government, your support can make double the difference! Join the campaign at www.wateraid.org/uk/untapped.