Home / Blogs / Invasive species and hitchhikers. Are you bio-secure?

Invasive species and hitchhikers. Are you bio-secure?

Freshwater invasive non-native species cost the industry millions each year but there are a number of steps big and small that could halt their spread, Dr Phil Aldous writes 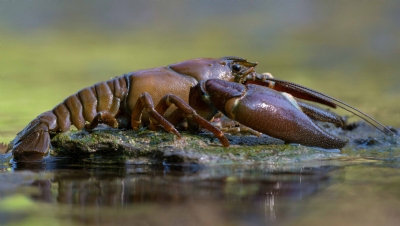 The water industry is particularly at threat from aquatic invasive species. With the discovery of the killer shrimp at Graffham Water in Cambridgeshire and the quagga mussel in the River Wraysbury in Berkshire, the industry knows only too well the impact that non-native invasive species can have on operations.

Direct management costs for freshwater invasive non-native species (INNS) in Great Britain were estimated to be £26 million per year in 2011, of which at least £4.6 million was borne by the water industry.

You may have heard the terms “invasive non-native” or “invasive alien species” used to describe problem species, but you may not be fully aware what these terms actually mean, and what the effects of these species can be.

Globally, high-profile introductions of invasive non-native species have included Burmese pythons and snakehead fish to the Florida Everglades, cane toad and European rabbit to Australia, and lionfish to the Western Atlantic Ocean.

In the UK, the introduction of North American signal crayfish and grey squirrels has had disastrous consequences for their native equivalents, while various invasive non-native plant species pose threats to wildlife, buildings, infrastructure and even human health. In the UK, non-native species not only pose a significant threat to native wildlife but also cost the economy around £1.7 billion per year.

The EU Invasive Alien Species Regulations (No 1143/2014) introduced new powers to regulators across the EU to control INNS. In the UK, this has been implemented via the Infrastructure Act of 2015, with variations across the devolved administrations of Scotland, Wales and Northern Ireland.

The act provides regulators with powers to create Species Control Agreements and Species Control Orders and to impose these on landowners to ensure that action is taken to prevent, control and eradicate INNS.  This means that landowners may be legally required not only to control INNS but to eradicate them altogether. Control Orders allow environmental regulators access to land to establish the presence of INNS, and to implement any necessary control measures.

There are subtle distinctions in implementation between England and the devolved administrations of Scotland, Wales and Northern Ireland but overall the principle is the same – the polluter pays.

But is this solely a water industry issue? Of course not. One industry alone cannot be the protector of all our water sources, but it can play an important role. From South West Water in the tip of Cornwall to Southern Water in Kent, to Anglian Water in the Midlands and Scottish Water in the far north, they and all the other companies will continue to protect our water sources with funding through the current periodic review process and AMP7.

However, this is not an issue that regulators can regulate away when the industry job is done – it goes much deeper. This is a community- and business-wide issue that needs buy-in from across a wide range of industries and community bodies.

Following these simple steps will help to protect our native species, water resources and recreational opportunities. So, remember to always check, clean and dry.

Other industry-wide precautions to be bio-secure and to avoid aiding unwanted hitchhikers is to adopt a mechanical plant and site specific bio-security plan. Before undertaking works next to or on a water course, review historic INNS data so that you know what has been recorded previously. Ensure all plant equipment is drained, washed and dry before arrival, and again on exit from the site before moving to another site, catchment or part of the UK. Prevention is better than cure, and early detection is even more important.

With current advances in eDNA monitoring and analysis, intensive visual surveys can be replaced with regular water monitoring that can be incorporated into existing monitoring programmes. While this will not replace the role of community- and business-wide “Check, Clean, Dry” guidance, it does mean that the effectiveness of this programme of measures can be evaluated, and then who knows? With more advances in environmental forensics we may even be able to tell who, when and how an INNS was introduced. You have been warned – environmental CSI is almost here!

For more information about the work of Thomson Ecology please visit www.thomsonecology.com