When odour issues threaten to impact on the operations and reputation of wastewater utilities, bacterial treatments can hold the answer 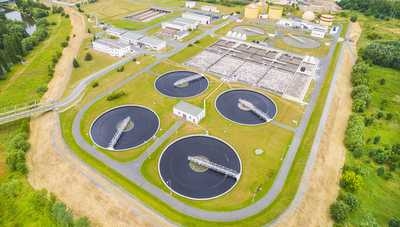 The generation of unpleasant odours can be a significant problem for wastewater treatment plants, particularly during the warmer summer months. They create an unpleasant working environment or health and safety issue for plant workers and as odours drift into the surrounding area, result in public nuisance and damage to a company’s reputation in the local community.

Simple control methods such as masking or containment may be insufficient and more complex treatment systems such as thermal or chemical oxidation are associated with high set-up and running costs and/ or the need for hazardous chemicals. However, biological treatment represents an efficient, cost-effective and natural means of odour mitigation in the wastewater treatment plant.

It is doubtless that treatment with suitable bacterial strains can greatly reduce problems associated with unpleasant odours. In the same way that they reduce BOD, COD and TSS, correctly selected bacteria will break down organic matter at source, preventing the formation of unpleasant odours. As with other contaminants it is important that they possess the correct metabolic abilities in order to degrade these molecules and Biological Preparations supplies bacterial consortia with good all-round abilities, breaking down a wide range of organic compounds, as well as specific species and strains to target the odour-causing compounds mentioned above.

Modifying the conditions in the treatment plant, along with bacterial dosing, is another extremely successful strategy. The production of most odour-causing compounds is associated with anaerobic (septic) environments and hydrogen sulphide is a classic example. Under septic conditions where there is no dissolved oxygen available, sulphate-reducing bacteria will use sulphates commonly found in municipal wastewater as a source of oxygen for respiration, resulting in the production of hydrogen sulphide. This noxious gas is well known for its “rotten egg” odour and represents a real hazard to plant workers as well as causing significant corrosion of metal surfaces. Aeration and/ or increased circulation will certainly alleviate such problems but where this is not practical, Biological Preparations supplies a nutrient that provides an alternative source of oxygen for respiration, which is used by resident and dosed bacteria in preference to sulphate. Whilst this nutrient is kept in excess no further hydrogen sulphide will be produced and given the common prerequisite of septic conditions for odour formation, this method will often solve other odour problems as well.

We also employ other technologies that can be used in combination with the approaches above or even as stand-alone solutions, such as certain odour-absorbing plant extracts and naturally-derived odour-binding agents that produce immediate results whilst altered conditions and new biological processes are established. Biological Preparations experts can advise on the correct solution(s) and suitable methods of treatment to alleviate the odour problems encountered at a particular site.