Home / Blogs / An engineer and a statistician walked into a bar

An engineer and a statistician walked into a bar 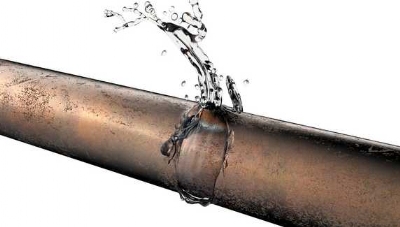 An engineer and a statistician are asked what the chances of a pipe collapsing this year are. The engineer calculates (or measures) the strength of the material, the weight of the overburden, the stress distribution and finally the safety factor – since it’s greater than 1, the pipe will not fail – so the answer is 0%. The statistician notes that the company has 10,000 pipes exactly the same as this one, and 20 collapse every year so he says 0.2%. Who is right?

These are both reasonable ways to approach the problem and both have their advantages and drawbacks. The statistician argues that his method is “evidence-based” (or empirical) but he may have missed some key factor that has been captured by the engineer’s calculation. On the other hand, the engineer is more “theory-based” but he may be too close to the problem and not have realised that all these measurements and even strength models are subject to error and uncertainty, and that since his safety factor was only a little larger than 1, some of the pipes may be close to collapse. He perhaps could have tried harder to understand the uncertainty in his prediction (using Monte-Carlo analysis is one option). Maybe then he would then have calculated a probabilistic output that might have matched up with the statistician’s estimate.

The theoretical approach derived from the physics and engineering of the situation is sometimes called “bottom-up.” A “top-down” empirical approach ignores the physics and simply uses the observed data. In a sense, the theoretical method develops the hypothesis and the empirical method tests it against data, the key steps in the classical scientific method. Empirical approaches can be less laborious and therefore useful as a “first-pass” filter perhaps before going on to an engineering analysis of the local case. They can also be used to calibrate engineering models, perhaps filling in the parameters that are hardest to estimate.

There are certainly dangers with both approaches on their own. The best models of behaviour generally arise by combining the two approaches. If engineers and statisticians collaborate together, evaluating the relative strengths and weaknesses of their approaches, they should be able to produce a sensible model with the appropriate degree of complexity, consistent both with the engineering and with the observed data.