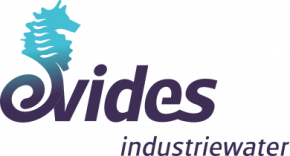 Fresh water is a scarce and critical resource for people, the planet and businesses. Economic and social development comes with a resilient water supply and responsible waste strategy. Evides Industriewater creates solutions for businesses that seek to minimise waste of vital resources and energy, thereby creating the best solution for the environment too. Our customers in The Netherlands, Belgium, Germany and the UK are realising the benefits of our Water Without Waste philosophy.

One of Europe’s largest industrial water companies – Evides Industriewater – only months after opening a base in the UK – is urging developers building carbon capture plants across the country to take early advice on the amount of water needed to operate and where this can come from.

Evides Industriewater – which has already consulted on some of the Netherlands’ largest such developments – is urging UK developers, through its UK base, to seek early consultation on schemes which are crucial to achieving the UK’s 2050 net zero target but which are also incredibly water intensive.

Speaking about carbon capture, the importance of this in hitting Government targets and the need to secure a viable water resource that does not rely on mains connection, Colin Robinson Business Development Manager at Evides Industriewater UK said:

“We all recognize that the Government’s Clean Growth Strategy laid out very specific plans for carbon capture, usage and storage and the importance of this process in decarbonizing all sectors of the UK cannot be underestimated.

“However, what we also need to acknowledge is that the process of carbon capture can be incredibly water intensive and – as the UK seeks to lead the World in carbon capture – we must find alternatives to mains water, which is relatively expensive to produce and distribute.

“We are also hearing stark warnings from the Environment Agency that the UK will run out of water in 25 years. Simply doing the maths shows that, if we run out of water in 2045, our carbon capture plants simply can’t run and the Government’s 2050 net zero target won’t be met.

“That’s why it is absolutely vital that all those involved in developing the carbon capture plants explore alternative and sustainable sources of water, such as ground water or wastewater recycling, which will ensure that Carbon Capture plays a successful role in Net Zero.”

The UKs five carbon capture hubs are located in Teesside, the Humber, South Wales, Grangemouth and in the North West as part of the region’s Chemical Cluster.

“There are eight  different water and wastewater touchpoints in the carbon capture process. With careful management and recycling of water a carbon capture plant can be neutral in its water use and even generate heat or excess water for use in other parts of the plant.

Carbon capture is a technology aimed at not only reducing environmental impact, but even improving it and I think we should take every step possible to maximise the many benefits it can bring to industrial regions.”

Evides Industriewater has been operating in Rotterdam since 1968. The company prides itself on providing an entire water cycle for its industrial clients that improves the efficiency of business processes, reduces environmental impact and significantly reduces operational risk.

The company boasts clients including BASF, Royal Dutch Shell, Huntsman and AkzoNobel amongst its extensive customer base and – on behalf of these – Evides Industriewater operates 77 water treatment, wastewater treatment and water reuse plants across Europe.