Idom Merebrook has built up its considerable reputation for cutting edge environmental strategies over the past decade. We now employ a staff of over 90 Scientists, Engineers, Consultants and Technical Administrators who are dedicated to providing our customers with the best information and solutions available. The services listed below are a few of the areas in which we excel but are by no means exhaustive please click the link above to visit our website for further information. Our key services include: Contamination Risk assessment; Hazardous gas investigation; Site investigation, Site remediation design; Project management and budget control; Noise and vibration monitoring; Air quality studies; Environmental impact assessment; Waste management, Licensing and exemption application; Landfill tax exemption; Planning supervision and other CDM services; Health & Safety consultancy; Occupational hygiene; Organisational safety management; Asbestos surveys and training; Hazardous materials surveying; Road and drainage design; Earthworks design; Civil engineering project management; Flood risk assessment; Structural design (Bridges, Buildings and other Civil structures).

Will diesel drivers be left fuming?

Nitrogen dioxide (which is formed in the atmosphere from NOx) and particulate matter (PM) are two air pollutants which have serious implications for public health. In May 2008 the European Directive on Ambient Air Quality and Cleaner Air for Europe (2008/50/EC) was published. The Directive sets limit values for nitrogen dioxide and PM. 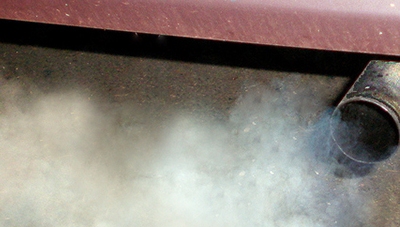 The original air quality plan published by Defra in 2011 would not have seen EU limit values achieved in some UK cities until 2030, 20 years behind the legal deadline of 2010.

Due to the failure to achieve limit values by the specified date (and failure to apply for a time extension) a case was brought against Defra by environmental lawyer organisation ClientEarth. In April 2015 the Supreme Court ordered the UKâ€™s existing air quality plans to be quashed and a new plan to be produced by the end of 2015 which would see limit values achieved in the shortest possible time.

The government published its new air quality plan in December 2015 which included commitments to introduce â€˜Clean Air Zonesâ€™ in five cities (Birmingham, Leeds, Nottingham, Derby and Southampton) by 2020 â€“ the same year in which the London Ultra Low Emission Zones will come into force.

Most of the NOx and PM emissions in our towns and cities typically come from diesel vehicles. Historically diesel cars tended to have a lower CO2 output compared with their petrol equivalents and Vehicle Excise Duty (VED) and company car tax structures have encouraged their uptake by rewarding their low CO2 emissions. As a result diesel cars have increased from 14% of the UKâ€™s car fleet in 2001 to as much as 36% today. However, recent evidence shows that petrol cars now match diesel cars in terms of CO2 emissions, but cause substantially less local air pollution (source: Policy Exchange).

There are concerns that there will be a dramatic reversal of policy to discourage further uptake of diesel vehicles as increasing pressure is put on the Government to improve air quality. The challenge is to find the right balance between the issues of climate change and poor urban air quality.

European emission standards first came in to force in 1992. The initial Euro 1 standards stipulated that diesel cars should emit no more than 780 mg/km of NOx, while the maximum for petrol engines was 490 mg/km.

The disparity between NOx emissions standards for diesel and petrol cars was considerable until the introduction of the Euro 6 standards in September 2015. For diesel cars the new Euro 6 regulations dramatically drop the permitted level of NOx emitted down to a maximum of 80 mg/km from the 180 mg/km required to meet the previous Euro 5 standards. The limit for NOx from petrol cars remains at 60mg/km, the same as for the Euro 5 standard.

It has been common knowledge amongst air quality professionals for some time that diesel emission controls have not been effective at reducing real world NOx emissions (especially in congested driving conditions). For example, the testing of vehicles in the real world undertaken for the UK Government in 2011 showed that there had been essentially no improvement in NOx emissions over two decades despite the introduction of increasingly more stringent limit values. So far, measurements on cars in London show that there has been little if any improvement since the early 1990s when the Euro standards were first introduced (source: Carslaw et. al 2011).

In addition, the International Council for Clean Transportation (ICCT) have also found that there is a significant disparity between reported and real world CO2 emissions. The reported difference has increased from around 10 % in 2001 to around 40 % currently.

The issue was brought to the attention of the wider public by the Volkswagen emissions fixing scandal in September 2015 and plans are now underway to make emissions tests more reflective of real world driving conditions. New testing procedures which are to be carried out on the road instead of under laboratory conditions are currently proposed to be introduced in 2017. The exact details of the new test cycle are currently under discussion.

Recent testing reported by Emissions Analytics (2015) suggests that average NOx emissions for Euro 6 diesel vehicles are 3.7 times the emissions standard. However, there is wide variation in performance across the vehicles tested which indicates that the technology to reduce emissions to the required standard does exist.

Emissions standards for new cars have effectively required fitting of particle filters in the exhaust of diesel cars since 2009 when the Euro 5 standard came into force. Older diesel vehicles and equipment can be retrofitted with an aftermarket particle filter which can dramatically reduce PM emissions but they are not effective for frequent, short journeys. So, if you are buying a car and plan to use it mainly for town-based, stop/start driving it would be wise to avoid a diesel car fitted with a particle filter because of the potential for incomplete 'regeneration'.

If you tend to undertake short, frequent journeys or travel mainly on congested urban roads, a small petrol, LPG, electric or hybrid car would be a better choice both for the environment, public health and no doubt, in the longer term, for your pocket.

Idom Merebrook undertakes Air Quality Assessments to support planning applications which include assessment of the impact of traffic emissions on local air quality. For further details please contact Kat Johnson at kjohnson@merebrook.co.uk or on 01773 829988 http://merebrook.co.uk

In the writing of this article reference has been made to the following:

Open letter to the European public and policy makers published by the Institute of Air Quality Management (IAQM) on 11 December, 2015 - The Truth about Diesel Cars