About OTT UK Ltd: Based in Sheffield, OTT Hydrometry Ltd is dedicated to serving the needs of its clients in the UK and Irish Markets. The company is a subsidiary of OTT Hydromet GmbH in Germany - a precision engineering company formed in the 1870's which has more than 140 years of experience in water monitoring technology. About OTT Hydromet: OTT Hydromet helps water resource professionals generate reliable data throughout the entire water cycle. We go beyond simply providing solutions by partnering with our customers in designing effective answers to the challenges they encounter in their vital role of monitoring the world's water. Proudly formed from five separate companies (OTT, Hydrolab, ADCON Telemetry, Sutron and Lufft), OTT Hydromet offers the combined strength and expertise of leaders in the water quality, quantity and telemetry fields and over 140 years of experience in environmental measurement.

OTT Hydrometry has launched an advanced version of its 'Cycle-P' remote Phosphate monitor for measuring dissolved Phosphate in rivers, lakes and reservoirs. The new 'HydroCycle PO4' uses less reagents per test than its predecessor and the reagents have a longer shelf-life. â€œThis means that the HydroCycle PO4 can be left in the field, for even longer periods,â€ says OTT's UK Managing Director Nigel Grimsley. â€œWith a standard sampling rate of two tests per hour (4x per hour is possible), this new instrument is able to run over 1,500 samples before a service/reagent change is necessary, so that means the monitor can be left unattended for around a month, which reduces the cost of monitoring even further.â€ 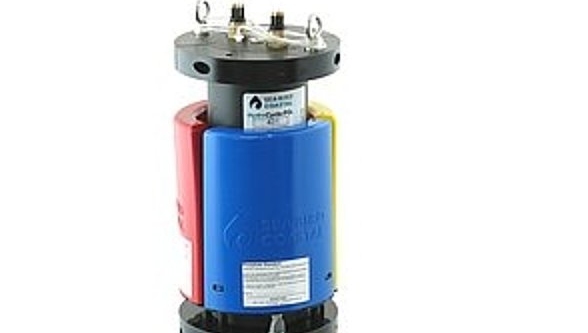 Battery powered and weighing less than 8Kg fully loaded with reagents, the HydroCycle PO4 is quick and easy to deploy, even in remote locations. The instrument has an internal datalogger with 1 GB capacity, and in combination with telemetry, it provides operators with near real-time access to monitoring data for Phosphate; a critically important nutrient in surface waters.

The quality of the instrumentâ€™s data is underpinned by QA/QC processing in conjunction with an on-board NIST standard, delivering scientifically defensible results, and enabling users to spend less time checking data quality and more time analysing what the data means. The HydroCycle PO4 methodology is based on US EPA standard methods, employing pre-mixed, colour coded cartridges for sim

Engineered to take measurements at high oxygen saturation, and with a large surface area filter for enhanced performance during sediment events, the instrument employs advanced fluidics, that are resistant to the bubbles that can plague wet chemical sensors.

Summarising, Nigel Grimsley says: â€œThe original Cycle-P significantly lowered the cost and improved the reliability of Phosphate monitoring, and the new version builds on the strengths of its predecessor and reduces the service and maintenance requirements even further.â€ple reagent replacement in the field.