A wish to avoid paying higher sewerage charges because of changes to the utility retail market has led to an increase in enquiries from industrial users, according to Hampshire-based manufacturers of packaged sewage plants WPL. The company, which is celebrating 25 years in business, has seen a growth in enquiries from manufacturers wishing to improve the way they treat industrial effluent. 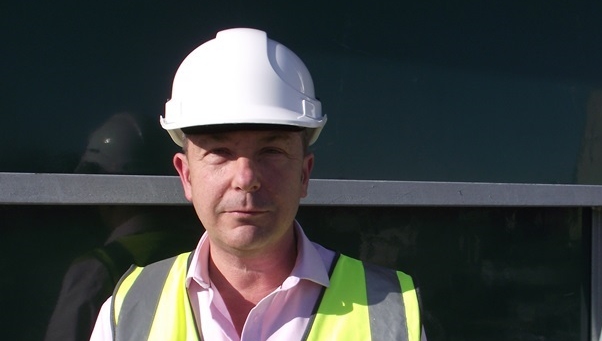 Demand for equipment rental and the rise of service contracts, as well as increased demand from Eastern Europe are also among the growth areas for WPL, which has doubled in size over the last ten years.

Managing director Gareth Jones said: “Because the water and wastewater retail market in England and Wales is due to be opened up in 2017, industrial users are potentially facing higher sewerage charges.  We are seeing an increase in enquiries from companies who are interested in bringing in submerged aerated filter (SAF) systems or are looking at the benefits of installing a packaged treatment plant.

“There has also been a significant rise in enquiries about rental and service contracts.  People are short of time and want a packaged plant or a SAF system which can be installed and up-and-running quickly – they want something they can plug and play.”

WPL, which was founded in 1991, originally specialised in packaged treatment plants for greenfield sites which were being developed for housing or industrial use. The company launched with three products but has now twelve, having expanded both its range and the scale of the equipment on offer.

WPL takes its benchmark for quality and standards from the requirements for UK utilities, but the company is rapidly expanding into new types of business across the globe. The vast experience of diverse installations that the company has acquired over the last 25 years means it is in a strong position to provide technical advice and consultancy to larger industrial clients.

Jones says, “We are already a market leader in the utility sector, but increasingly we are attracting business from industrial and commercial clients looking for a partner with specialist expertise.

“WPL has proven that we can deliver flexibility in process design that directly addresses the challenges faced by many operators. We can optimise treatment for complex wastewater streams, minimise energy consumption and produce whole life cost calculations to help with long-term planning and decision-making.

“The modular nature of our packaged plant means it can be installed even where physical footprint is constrained and access difficult.”

WPL’s most recent industrial projects have included wastewater treatment for a Diageo brewery in Uganda and an egg hatchery in the UK. The company is currently installing a dissolved air flotation (DAF) system for a biodiesel producer in north-west England.

Gareth Jones says, “Alongside our growing business in the utilities, we anticipate further international growth in the food and beverage sector and petrochemicals in particular. We are extraordinarily proud of the achievements of WPL over its 25-year history and, alongside our product range, we believe we have great potential as a solutions provider that will be realised in the coming decade.”