As part of the AVK Group we pride ourselves in being one of the leading valve and fittings worldwide manufacturers for the water, sewage, fire fighting, gas and industrial which includes the power generation, oil and gas, chemical processing, pulp and paper, life sciences and mining industries. Our product program comprises a large range of valves, hydrants, pipe fittings and accessories, each complying with the highest standards of safety and durability. 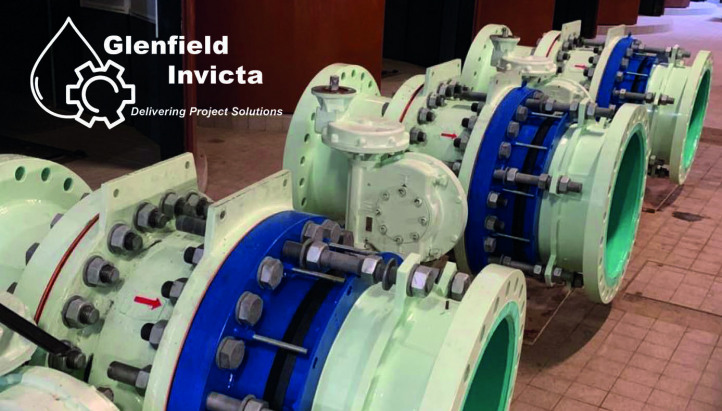 Kielder Water is the largest man-made lake in Northern Europe by capacity. Capable of holding up to 200bn litres of water, it has a 27-mile shoreline and is the location of England’s largest hydroelectric plant. Construction of Kielder Water began in 1975 with the principal role of underpinning the Kielder Scheme, a regional water transfer system in the north east of England.

The scheme, which forms a fundamental part of Northumbrian Water’s supply network, is designed to allow water from Kielder Water to be released into the Rivers Tyne, Derwent, Wear and Tees. This water is used to maintain minimum flow levels at times of low natural rainfall and allows additional flows to be released for both domestic and industrial abstraction.

Riding Mill Pumping Station, the largest in the UK when it was built in 1979, is the facility that transfers the water from Kielder Reservoir via a tunnel from the Tyne to the other rivers. In 2019 Northumbrian Water started a £12m refurbishment programme of the pumping station which is due to be completed by the end of 2020.

When first built, the pumping station had four active DN700 PN40 pipelines connected to the main manifold. On each of these lines, the pump was connected to a Glenfield Invicta DN700 multi-door recoil valve by a DN1600 long dismantling joint.

Northumbrian Water’s refurbishment programme specified that a further DN700 butterfly valve be installed on each of these four lines. This valve provides a second point of isolation should future work on the pump be required. To accommodate the second butterfly valve, the dismantling joint was removed and replaced with a DN1600 long sub-assembly consisting of a DN700 spool piece, manually operated butterfly valve and shorter dismantling joint (see extract from design drawing 1). The PN40 pressure rating meant the butterfly valves were metal-seated rather than resilient-seated.

On a fifth line, the DN700 pipe had been removed and replaced with a DN300 line, supplying the pipe, two butterfly valves and a non-return valve (see extract from design drawing 2). The valves were fitted with gearboxes and actuators and were specially coated in accordance with the clients engineering specification.

This was a really interesting and challenging project for the Glenfield Invicta team. The installation work on all five lines had to be completed within a five-day period during which the pumps were taken offline. To further complicate matters there were several other aspects of the refurbishment project under way on site at the same time.

‘The success of the project was primarily down to two key factors. Firstly, our package of works enabled us to design and fabricate all the subassemblies in the Glenfield Invicta workshop, as well as source all the fittings, fasteners and valves from within the AVK Group. This simplified communications and enabled us to keep a tight control over timelines.

Secondly, we invested considerable time and resources in planning the works before we arrived on site. The extent of our engineering capabilities significantly contributed to the completion of the project ahead of schedule, despite the tight time frame’.

For more information on this project or Glenfield Invicta’s Solutions please contact: